Apart from the beautiful local walks there are numerous places of interest to visit including the following:

The Ironbridge Gorge Museums are a series of ten amazing museums located in the spectacular and beautiful, Ironbridge gorge, near Telford, that offers a great day out for people of all ages.

Eleven miles of World Heritage on the border of Shropshire and North Wales; the Pontcysyllte Aqueduct and Canal (including Chirk Aqueduct near Oswestry and the Horseshoe Falls at Llantysilio, near Llangollen) was awarded official UNESCO World Heritage Site status in 2009.

Attingham Park, built for the 1st Lord Berwick in 1785, was owned by the same family for more than 160 years. This huge mansion looks out over 500 acres of parkland, and is set in a magnificent deer park, artfully landscaped by the great Humphrey Repton.

Ludlow Castle is a medieval castle situated within the Shropshire countryside. Open 7 days a week, Ludlow Castle is the perfect opportunity to explore a piece of history.

Chester Zoo is one of the UK’s largest zoos at 125 acres and is host to over 20000 animals. Chester Zoo is the perfect destination for the family!

The area includes part of the great ridge, the Long Mynd, with stunning views of the Shropshire and Cheshire plains and the Black Mountains.

Hawkstone Historic Park & Follies is a unique place. Created in the 18th Century by the Hill family (Sir Rowland and his son Richard), Hawkstone became one of the greatest historic parklands in Europe.

The award winning Royal Air Force Museum Cosford houses one of the largest aviation collections in the United Kingdom. 70 historic aircraft are displayed in three wartime hangars and within the National Cold War Exhibition.

A Wonderful Way to Spend a Day – The Severn Valley Railway operates mainly steam-hauled passenger trains between Bridgnorth, Bewdley and Kidderminster, a journey of about 16 miles, along the beautiful Severn Valley.

The perfect place to start exploring the Shropshire Hills. Hear the stories of this varied landscape, its people & places, and its history & heritage.

Alton Towers is one of the world’s leading theme park resorts. With a host of rides and attractions spread over 500 acres of countryside, truly a fantastic day out for the whole family.

Shrewsbury Flower Show is a flourishing institution running as it has every August since 1875 and this is your chance to see over 3 million flowers in one go. The show is also mentioned in the Guinness Book of Records as being “The Worlds Longest Running Horticultural Show” another claim to fame for Shropshire.

Shrewsbury Abbey was founded in 1083 by the Norman Roger de Montgomery and started life as a small, wooden, Saxon, chapel of St. Peter.
Shrewsbury Castle as it can be seen today is a Norman red sandstone construction. It was originally built by Roger de Montgomery in 1070 on the site of an original Anglo-Saxon fortification that would have guarded the original approach to the town and the river Severn.

The Quarry and The Dingle Shrewsbury

Shrewsbury is fortunate to have its own beautiful, 29-acre parkland known as The Quarry. Throughout the year you’ll find a host of events taking place at The Quarry Park, including The Carnival, Regatta and Dragon Boat racing to name just a few.

Once the fourth largest city in Roman Britain, visitors to Wroxeter today can take a tour around the fascinating ruins, and explore the new Roman Town House, constructed as part of Channel 4’s ‘Rome Wasn’t Built in a Day’. 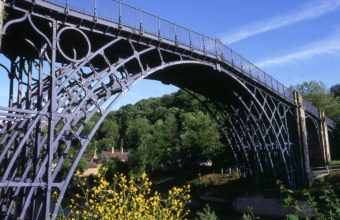 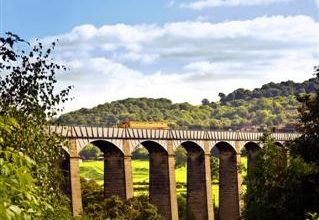 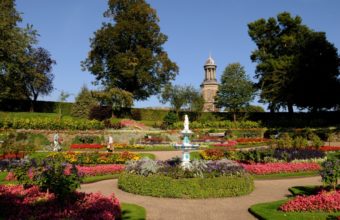 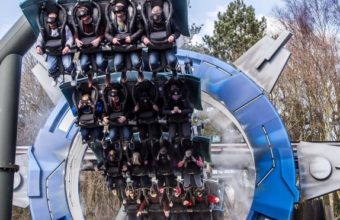 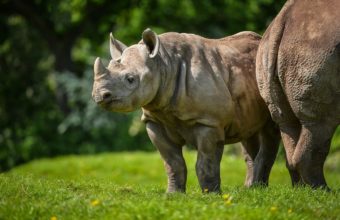 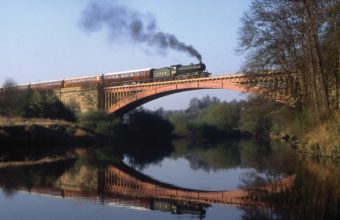 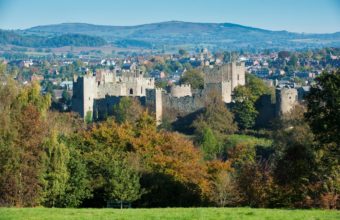 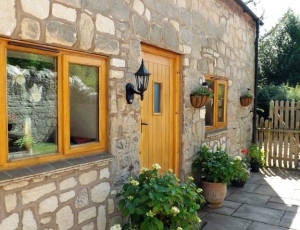 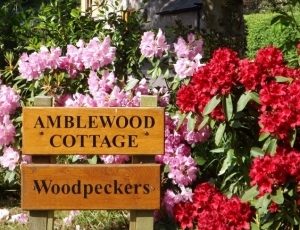 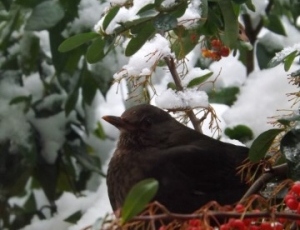 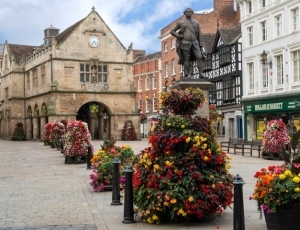 Delighted to put down on paper how much we have enjoyed our two weeks stay here, plus Scamp settled from ‘day one’ which meant alot to us. The cottage and the area has exceeded our expectations and it will certainly be our intention to return.